Throughout its history, Afghanistan has experienced chronic instability and conflict, destroying its economy and infrastructure and resulting in refugees. After a devastating civil war, a US-led invasion in 2001 forced out the Taliban, who established strict Islamic authority. However, the Taliban were never truly wiped out, and they continued their efforts to gain power for years. As a result, currently, Afghanistan’s neighbours scramble to respond to a changed geopolitical outlook following the Taliban’s quick return to power after two decades.

As the US military presence in Afghanistan dwindled, the Taliban made fast battlefield advances contributing to Afghanistan economic instability.

Kabul was the final city to succumb to the attack that started months ago. In February 2020, the US agreed to depart Afghanistan, and the Taliban agreed to refrain from attacking US personnel. The agreement includes not allowing al-Qaeda or other terrorists to operate government-controlled regions and national peace negotiations. However, the Taliban continued to attack Afghan security personnel and civilians in the following year, rapidly moving across the nation.

In April 2021, US President Joe Biden declared the departure of US forces in Afghanistan by September 11. It is regardless of the Afghan officials’ significant concerns about the government’s susceptibility to the Taliban. The Taliban swept into Afghanistan in under ten days, seizing territories after territories from August 6. Due to this, thousands of civilians evacuated their homes, with many settling in Kabul and others fleeing to neighbouring countries.

After the withdrawal of Soviet soldiers from Afghanistan in the early 1990s, the Taliban, or students in Pashto, arose in northern Pakistan. The primarily Pashtun movement begun at religious seminaries preaching a fundamentalist brand of Sunni Islam, funded by Saudi Arabia. Once in power, the Taliban promised to restore peace and security in Pashtun territories bordering Pakistan and Afghanistan. They seek to apply their strict form of Sharia or Islamic law.

Their early popularity stemmed from combating corruption, reducing lawlessness, and making the highways and areas safe for businesses to thrive. The Taliban imposed punishments such as public executions for convicted murderers and adulterers and amputations for those convicted of theft. Men needed to grow beards, and women had to wear the burka, which covered their entire bodies. The Taliban outlawed television, music, and movie viewing and the attendance of girls aged ten and up at school.

Following the assault on the World Trade Center on September 11, 2001, the Taliban became the focus of global attention. The Taliban faced accusations of providing a haven for the main suspects, Osama Bin Laden, and his al-Qaeda organization. They are also subject to committing several human rights and cultural violations. Despite international condemnation, the Taliban carried out their plan to destroy the iconic Bamiyan Buddha statues in central Afghanistan.

Private sector credit accounts for barely 3% of GDP due to weak institutions and property rights. Lack of competitiveness contributed to a structural trade imbalance of roughly 30% of GDP-nearly exclusively supported by grant inflows. According to the World Bank, around 75% of Afghanistan’s government spending depends on grants. Opium cultivation, smuggling, and illegal mining heavily influence the illicit economy’s output, exports, and employment.

The economy’s prospects are considerably gloomy, as future financial aid is unknown. Although Afghanistan has significant mineral resources, the political situation has made it difficult to exploit them. Another long-standing issue in Afghanistan is the lack of international economic investment due to security and corruption. Despite this, Asian Development Bank expects Afghanistan’s GDP to grow by 3% in 2021 and 4% in 2022.

The Saudi Arabia of Lithium

The Afghanistan economic instability would be non-existent if proper efforts are made. the country has very large quantities of Copper, cobalt, coal, and iron ore. Oil, gas, and valuable stones are also available. Lithium, a metal used in batteries for mobile devices and electric autos, has exciting potential. As the automotive sector transitions to zero-carbon modes of transportation, the latter application will become increasingly essential.

Afghanistan has about $1 trillion worth of natural resources, according to US military scientists and geologist’s 2010 report. The value of several of those minerals increased as a result of the global transition to green energy. Kabul’s natural wealth, including fossil fuels, is worth $3 trillion, according to Afghan government follow-up analysis in 2017. According to a Pentagon report, Afghanistan is the Saudi Arabia of lithium, with lithium resources that potentially rival Bolivia.

Gold, copper, iron, lithium, and rare earth minerals take money, technical knowledge, and time to extract. According to the International Energy Agency, it takes 16 years for a mine to start producing after discovery. According to Khan, the International Monetary Fund’s central Asia director, minerals currently earn only $1 billion each year in Afghanistan. He estimates that corruption,  warlords, and the Taliban have siphoned off 30% to 40% of tiny mining projects.

Afghanistan is a young country, with two-thirds of the population under the age of 25. They’ve also become a reasonably educated population, with many women joining the fold as literacy rates improve. Refugees seeking help across borders created confusion and panic among its population. Thousands of people are trying to exit the country via airports all over the country

The Afghanistan economic instability is causing an uproar around the world. Financial market indices are down, and investors are waiting to see how world leaders will react. The FTSE 100 fell 0.90 per cent, while the STOXX Europe 600 fell 0.50 percent. The Dow Jones Industrial Average (DIJA) and the S&P 500 are down 0.065 percent and 0.23 percent, respectively. 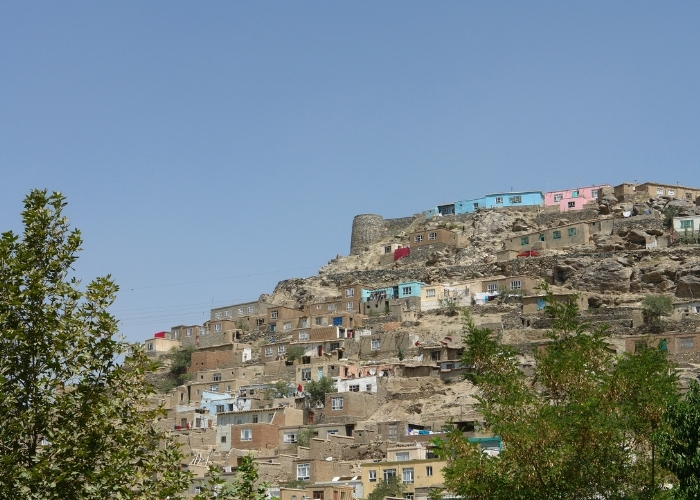 After the Taliban virtually took control of Kabul over the weekend, the West pledged not to work with them. On the contrary, China, Russia, and Pakistan are eager to do business with the Islamist group. China, the world’s largest manufacturer of industrial goods, is fueling the worldwide demand for commodities. Beijing, the country’s largest foreign investor, is anticipated to lead in constructing efficient mining infrastructure for the country’s mineral demands.

The new Taliban authorities in Afghanistan still have a long way to go in harvesting the country’s mineral resources. The Metallurgical Corporation of China, an Asian mining behemoth, has a 30-year lease to mine copper in the Logar region. The Pakistani government maintained connections with the Taliban after supporting the group’s first takeover of Afghanistan in 1996. The New Silk Road, which China is investing in, is likely to benefit Pakistan significantly.

The United States and Europe, which rely on Chinese rare earth shipments, now have a new dilemma in dealing with the Taliban. Because of security and rule-of-law concerns, many Western investors have been unwilling to engage in natural resource tenders. Trying to talk to the Taliban has accusation risks of disregarding the Islamist group’s destabilization of the country’s young democracy. China and the Taliban’s traditional sponsors will benefit if they don’t.

Top World Business is a one-stop source for the most up-to-date and high-quality business news. At your convenience, you can access crucial and relevant information at any time and from any location.  Get yourself ahead on the latest business news as it becomes available. Start your day by following Top World Business and turn that business strategy or opportunity into reality!

U.S. Entrepreneurship Plummets: Should You Be Concerned?

Is Social Commerce the Future of Online Business?

Replika Chatbot: Your One Message Away AI Friend